Nearly a month ago I posted a GardenNotes about neonicotinoids and pollinators, particularly bees. In the post was information about an initiative to ban neonicotinoids in Europe where the ban failed to garner a majority of votes in March of this year. 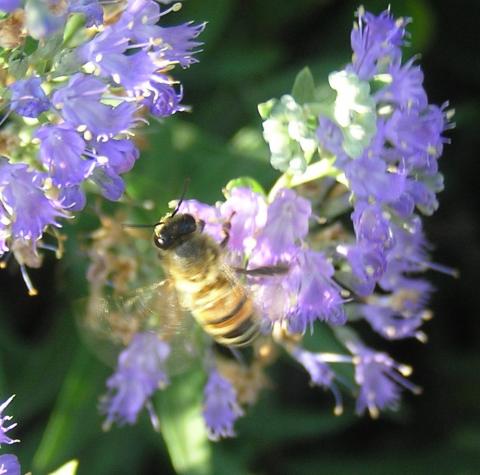 Another vote was taken this Monday by the member states of the European Commission. Fifteen countries voted in favor of the ban, but failing to reach the required majority, the EU Commission stepped in, deciding to enforce the ban, expected to be implemented in December. Those voting in favor of the ban are Belgium, Bulgaria, Denmark, Estonia, Spain, France, Cyprus, Germany, Latvia, Luxembourg, Malta, the Netherlands, Poland, Slovenia and Sweden. Voting against the ban were
the UK, Czech Republic, Italy, Hungary, Romania, Slovakia, Austria and Portugal, with Ireland, Lithuania, Finland and Greece abstaining.

Key points of the restrictions are outlined by the European Union Commission in this press release:

Further, “The Commission's action is a response to the European Food Safety Authority's (EFSA) scientific report which identified "high acute risks" for bees as regards exposure to dust in several crops such as maize, cereals and sunflower, to residue in pollen and nectar in crops like oilseed rape and sunflower and to guttation in maize.”

Although Syngenta and Bayer, makers of the neonicotinoids, deny that their insecticides are harmful to bees, and that the effects of lack of habitat and habitat diversity, virus and mites are the causes of colony collapse disorder (CCD). Beekeepers in Australia and Canada have not reported the devastating loss of hives experienced in the United States and Europe, even though use of neonicotinoid insecticides are common and widespread. But studies across the world continue to point out connections between pollinator and other species decline due to neonicotinoids.

May 1, 2013, another study, Macro-Invertebrate Decline in Surface Water Polluted with Imidacloprid by Tessa C. Van Dijk, Marja A. Van Staalduinen, and Jeroen P. Van der Sluijs published in the Dutch journal Plos One, links the neonic imidacloprid with reduced populations of aquatic life, including dragonflies and damselflies, snails, crustaceans, true flies, caddisflies, mayflies and other water based species due to leaching and spray drift, using data collected over an eight year period beginning in 2004. “Imidacloprid now ranks second in the global top 10 of agrochemicals [29]. Only a small fraction of the pesticide doses used reaches its intended target. Sur and Stork [30] found that for systemic application via seed coating only 1.6 to 20% of the imidacloprid in the seed coating actually enters the crop to protect it. The remaining 80 to 98.4% of the applied amount ends up in the environment, and can accumulate in soil [31], especially because of its high persistence. There are various ways for imidacloprid to contaminate ground or surface water: by accidental spilling, leaching, overspray or spray-drift. Furthermore, imidacloprid used on grass, turf or hard surfaces such as lawns, golf courses or concrete may contaminate surface water through runoff and drainage”.

Additionally, the study found “Besides the direct negative effects found on species living in the water, indirect effects of imidacloprid on the food chain can be expected as well. Experiments in imidacloprid-treated rice fields by Hayasaka et al. [63] showed direct negative effects on the species abundance of the zooplankton community, leading to the indirect effect of growth suppression in the fish feeding on the zooplankton species.” And “Leaf decomposition by leaf-shredding insects was found to be significantly reduced.”

Following up with one of the authors of the Dutch study, Damian Carrington of The Guardian interviewed Jeroen Van der Sluijs at Utrecht University, “"We are risking far too much to combat a few insect pests that might threaten agriculture," said Dr Jeroen van der Sluijs at Utrecht University. "This substance should be phased out internationally as soon as possible." The pollution was so bad in some places that the ditch water in fields could have been used as an effective pesticide, he said.

Van der Sluijs added that half the 20,000 tonnes of the imidacloprid produced each year is not affected by the EU ban. It is used not to treat crops, but to combat fleas and other pests in cattle, dogs and cats. "All this imidacloprid ends up in surface water," he said.”

The study implicating imidacloprid and macro-invertebrate decline noted up to “70% less invertebrate species were found in water polluted with the insecticide compared to clean water. There were also far fewer individuals of each species in the polluted water. "This is the first study to show this happens in the field," van der Sluijs said. As well as killing mayflies, midges and molluscs, the pollution could have a knock-on effect on birds such as swallows that rely on flying insects for food, he added.”

Neonicotinoids are widely used in US agriculture on roughly 95% of corn and canola and a majority of cotton, sorghum, sugar beets and nearly half of soybeans. Additionally, neonics are used on many fruit and vegetable crops including apples, cherries, peaches, oranges, berries, leafy greens, tomatoes, potatoes, cereal grains, rice, nuts and wine grapes. Residential landscapes are doused with neonics when consumers use any of the 300+ pesticides products available. 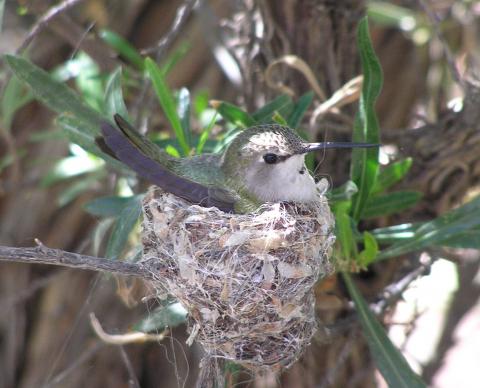 Although the above study was conducted on water in the Netherlands, similar conclusions were reached in the American Bird Conservancy study, “The Impact of the Nation's Most Widely Used Insecticides on Birds” released this March. Acknowledging the tremendous amounts of neonicotinoides used each year along with their cumulative and synergistic effect, and the improbability, at least in the short term, of a U.S. national neonic ban, we can implement a ban in our own households and landscapes. Pledging not to add another droplet may not sound like much, but if enough people pledge, hopefully we can continue to enjoy bees, butterflies, birds and our other supporting cast members in the larger ecosystem called Earth.